In the first process, the Chlor-Alkali Process, caustic soda is the main product along with chlorine gas, hydrogen gas and sodium hypochlorite solution as by-products.

And in the third process, the PVC Process, VCM is polymerized to produce polyvinyl chloride (PVC) resin in batch reactors. After polymerization, VCM is stripped from the resin and the resin is finaly dried to produce high quality PVC resin which fulfills the international health and hygiene standards and technically satisfies highly demanding applications. 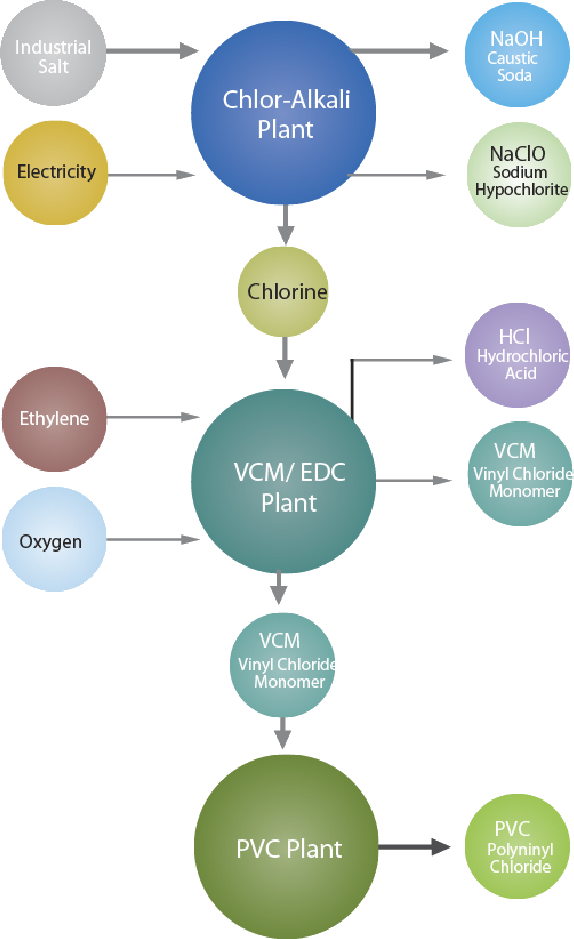